Yin and yang is work-life balance. Run your conclusions by other people. Yin and yang is realising that great minds think alike and fools seldom differ. 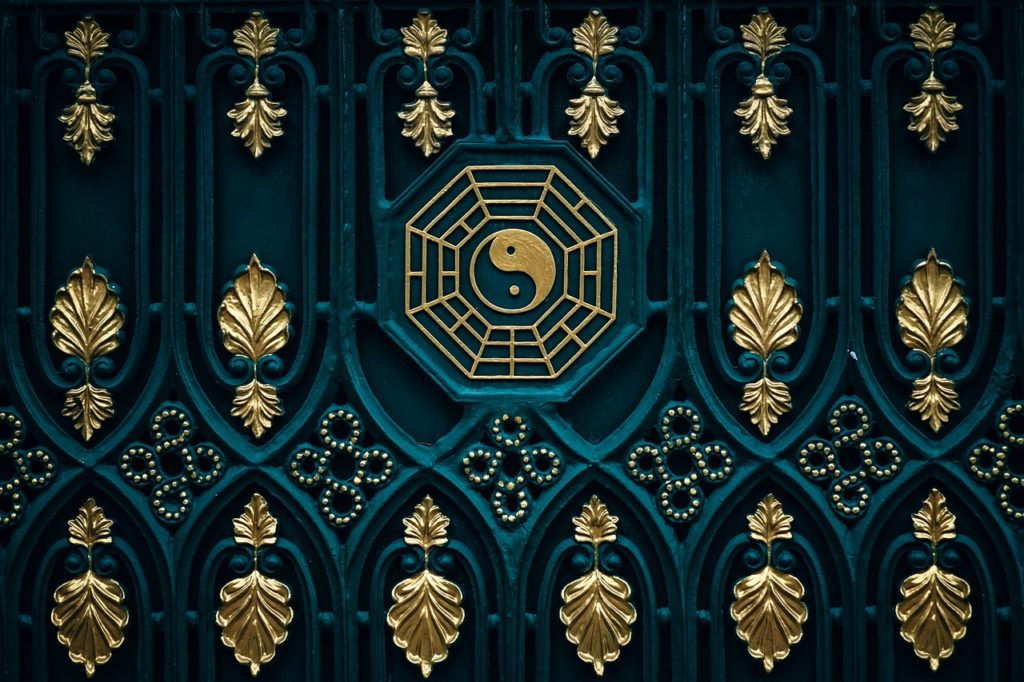 The taichi symbol, taijitu, or more commonly referred to as Yin and yang or yin-yang is an instantly recognisable icon around the world. The object of countless tattoos and copy-book sketchings is an ancient Chinese symbol of balance. Plenty of other cultures have their own symbols and fables, too. There’s the concept of Heaven and Hell. Buddha taught about the Middle Way. All of nature is subject to day and night cycles, and even at the atomic level, everything we are seems to be a balance of positive and negative charges. Dark and light, order and chaos, male and female, etc. We’re all inherently familiar with the idea of balance.

It has always struck me as odd, then, when we hear perfectly reasonable bits of advice, and don’t realise their absolute contradictions.

For example; “look before you leap”. We all know this one. We should plan and observe risks without being too carefree. Good advice.

Yet that conflicts with “he who hesitates is lost”. Both seem to have a lesson or valuable piece of advice, and I don’t imagine anyone would be too quick to argue against one of these well-known expressions, yet it’s cognitive dissonance to hold both in our heads at the same time, surely.

Personally I love “great minds think alike” conflicting with “fools seldom differ”. Whenever I arrive at the same conclusion as someone and they loose the expression (they usually pick “great minds” in my experience) I’ll remind them of the other. It’s a bit of fun, but it reminds me that we’re not necessarily right just because we both got the same answer.

Yin and Yang is frequently absent in business advice

“It depends” is always a safe answer, but it doesn’t make for good headlines in the same way as dramatic statements do. I just want to highlight two examples of where I’ve found the concept ‘the middle way’ to be missing.

I’ve come across plenty of articles and anecdotal evidence as to why open-plan office spaces are better. They encourage collaboration, a sense of team-ship, more natural light, etc. Fair enough. Yet I can balance that with plenty of articles on productivity and reducing distractions that talk about the switching costs associated with being in a flow state on your current task, then having to answer a nosy co-worker who just wants to gossip for a few minutes, and how much this costs the company.

I think that with content creation being such a necessity in the online business world now, you’re bound to wind up with a lot of conflicting information presented as absolute truth. Everyone has an opinion and has their own experience what works best for them, and many seem to think, or at least present as if, that makes it the objectively better option. To return to the above example, open-plan office space probably is much better for journalists or comic writers, and closed-cubicles much better for programmers or accountants. Office-layout advice is likely to be quite different coming from one camp or another.

This one is huge, because it affects entire industries and thousands of jobs, yet I still haven’t come across articles or influencers who try to reconcile these two very valid viewpoints (there probably are some, but I haven’t yet seen them, and they’re definitely rare).

Yesterday, this Gary Vaynerchuk video came up on my feed and he’s talking (totally correctly, with great examples) about the need to innovate. It’s especially important to innovate when there’s massive disruption going on, as caused by the internet at first, then mobile, and now things like AI, blockchain, and privacy/security.

Also yesterday, I’m reading (audiobook in this case… I don’t know why I still feel the need to caveat that in 2019) Simon Sinek’s excellent book “Start with Why“ and he mentions how DELL started selling music players in response to Apple’s iPod, but it didn’t work and they stopped after a couple of years.

Okay, copying the competition isn’t the same as innovation, but it did set the wheels turning in my brain. If DELL had done nothing in response, they’d have been criticised for inaction, most likely.

Nokia, once the biggest mobile phone brand in the world, died because they didn’t take smart phones seriously enough.

Tell me if any of this sounds familiar: “act, don’t react”, “focus on your customers, not the competition”, “focus on what you’re good at” or “know what your company does”.

Simon Sinek in the same chapter as I read yesterday suggested that if the US Railroad companies had seen themselves as being in the ‘mass transit’ business, instead of the railroad business, they might have started airlines and much more of them would likely still be around today. Should they have innovated, reacted, or focused on what they’re good at?

The truth is that it’s very easy to criticise when we see failure, and survivorship bias makes it easy to say that a company “made the right choice”. Yet if their competition made the same choice, we’d likely say that the competing company should have innovated instead of continuing to focus on what they’d always done.

So when you’re out there picking up words of wisdom for the day, or especially if you’re going to base a whole business strategy on them, do consider the value of the advice (it’s probably coming from a valid place) but also consider the opposite of that advice and whether there’s validity there also. Yin and yang. Balance.

Focus on what you’re good at, but prepare to innovate when you recognise that you’re being disrupted. Yin and yang is balancing action and reaction.

Work hard some days, but give yourself time to recover, too. Yin and yang is work-life balance.

Run your conclusions by other people. Yin and yang is realising that great minds think alike and fools seldom differ.

Or that’s how I see it, anyway. Do you have any other examples, or funny contradictory phrases you’ve noted? I’d love to hear your comments, either below, on social media, or privately.

PS As an Amazon Associate I earn from qualifying purchases. I’ve linked the book “Start with Why” above. It costs you no extra to buy through the link, but I get a small percentage as a referral bonus.