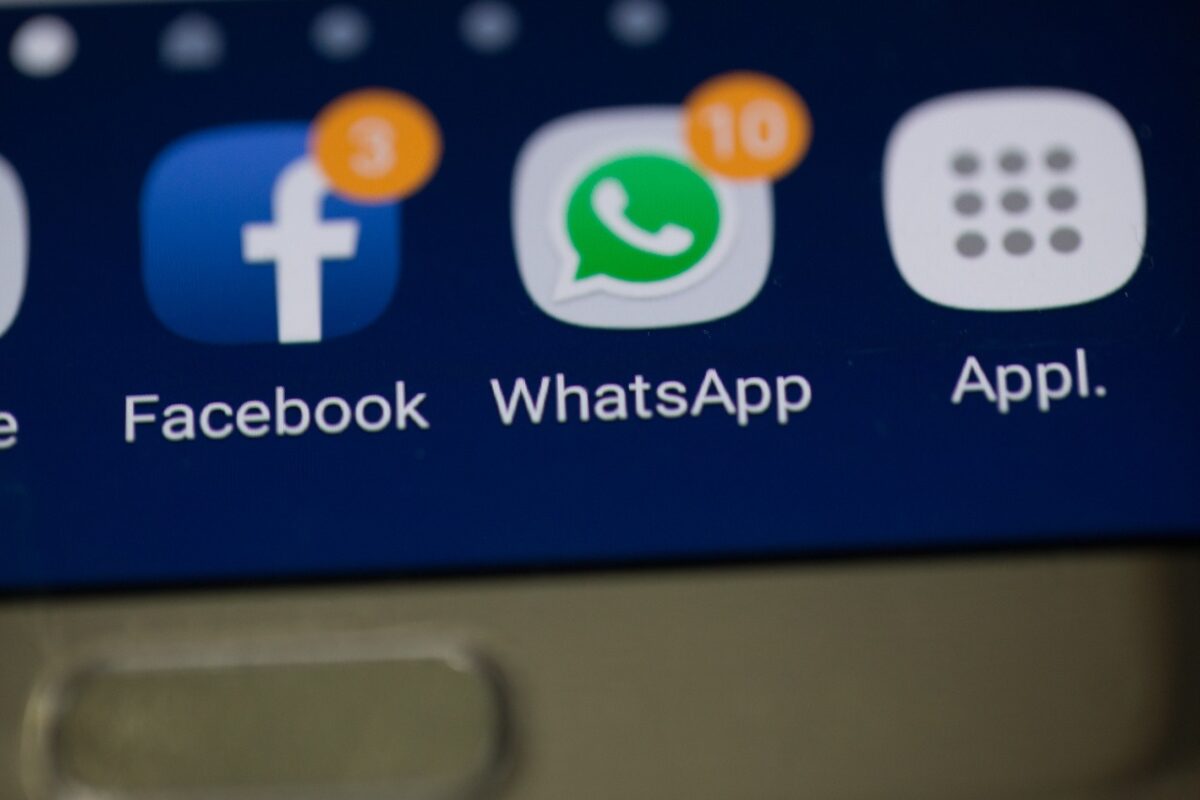 How to stop procrastinating is one of the biggest questions we all struggle with on a daily basis. This paragraph has already taken two days to write!

Tasks that seem difficult, unpleasant, or hard to guess the duration of tend to get put on the long finger. There’s probably a physiological aspect to this. Note: I’m not an expert in any of the fields involved here, but in layman’s terms: The function of procrastination is believed to be our minds protecting us from stress, and the cortisol that we know will be released by engaging with stressful tasks. We’re particularly prone to procrastinate when we’re tired or already stressed. But our bodies don’t necessarily realise that we’ve got bills to pay, dammit!

If procrastination is a protective function though, our bodies don’t seem to consider that incomplete tasks take up mental space (though you can reduce this affect by writing things down on a To Do list), whereas getting things done produces a little dopamine hit. So it’s clear that procrastination, while natural, isn’t necessarily doing us many favours if it’s saving us from a little cortisol now, robbing us of dopamine soon, and producing more cortisol in the long run by creating more incomplete tasks.

Probably best to get a handle on it, then. So! Here are some of my adopted techniques to stop procrastinating. People in paid 9-5 employment can benefit from these too, though they apply more to those with flexible working days.

This technique takes its name from the Italian word for tomato. This is because its inventor, Francesco Cirillo, had a tomato-shaped kitchen timer on his desk that he used to measure work periods of (usually) 25 minutes.

The idea is to work in 25-minute sprints, then take a 5 minute break (good to move around, use the bathroom, get some water, etc) and resume another period after that. You repeat this up to 4 times for a very productive couple of hours, then you should take a longer break.

I first started using this technique while working in my last job as a games programmer. I’d have been assigned a big feature to complete, that would take hours or days (you never quite know with games programming). I’d break the task down into chunks that should take 25 minutes or less each, and then focus intently on just that sub-feature for 25 minutes. Sometimes a task wouldn’t be complete, but I’d have definitely broken the back of it without getting distracted. When the clock’s ticking, we tend to focus better.

Now, how this helps me to stop procrastinating requires just a little twist in what you think the technique is best used for. It’s great for productivity, yes, but it also carries the strong likelihood that that unpleasant task (say, a VAT return, or employee review) will be off your plate in less than a half hour if you just start now!

That promise has seen me start and finish more programming jobs, tenders, applications, emails, and bookkeeping tasks than any other technique. I’m even running a Pomodoro clock right now. I’ve 9 minutes left. The blog won’t be finished in that time, but in one more the first draft should be done, another and I’ll have edited and added pictures, and one final one will see it posted, shared on social media, and totally finished!

You could get yourself a desk timer, but I just use a simple free App called ‘RemindMe for Windows‘ (which I also use to remind myself to correct my posture at my desk every now and again).

As I often mention, this is one of the biggest benefits to hiring a coach. A coach is of more benefit keeping you accountable towards bigger goals and tasks, but accountability can be used in all sorts of ways.

When I used to live-stream game development, I set two times a week (and posted them on my streaming pages and Twitter) that I would be streaming live at that time. I didn’t have a huge audience, but once the info was out there, I’d be a liar not to show up and start working. Whatever else happened in the week, I always had two slots of 90-120 minutes where the game itself, in-engine, got worked on. This kept the ball rolling and not stuck in an email & admin pothole.

Similarly, once an artist and composer joined my team, I felt accountable to them, and any tasks I had that they needed done miraculously got accomplished. Most of us hate to let others down and are much more willing to not deliver on a promise made to ourselves alone.

If you work alone and people aren’t counting on you, posting things publicly, or getting an accountability buddy (accountabilabuddy – I can never let that hilarious contraction go unsaid) or coach can seriously help you to stop procrastinating and finish more tasks.

Parkinson’s Law states that a task will expand to fill the time allotted for it, in the same way that a gas will fill any given chamber evenly. I’ve always noticed that if my evening is free, I’ll usually wind up finishing some of the tasks that were allotted for the working day in the evening. If, however, I’ve made plans with someone to go to a show, gig, movie, etc, now I’ve now got a real time constraint on the day, and the social pressure of not wanting to cancel on my friend. If I’ve bought tickets, I’ll have the benefit of financial loss aversion too!

Doing this not only helps you knuckle down and get things done, but it rewards you for doing so and protects your work/life balance, which in turn protects your long term health, productivity, and enthusiasm. It’s a positive feedback loop that’s actually very powerful!

So rather than not make plans because you might have to finish work (you always will, according to Parkinson), say yes to that invite to the pub or games night.

How to Stop Procrastinating – In Conclusion

Using these three techniques (and others) have greatly helped me to stop procrastinating and increase the number of unpleasant jobs that I get done. Doing so has also freed up more time for me to enjoy my life outside of work hours (by basically creating “outside of work hours”).

I hope they’re of use to you as well. You might also enjoy my article “Movement Beats Meditation” (which is about perfectionism, not exercise or spirituality).

Do leave a comment if you have any of your own techniques or success stories, and please share the article if you found it valuable.

…ditch those vague New Year’s Resolutions (eg. “exercise more”, which only 8% of people tend to achieve) and replace them with SMART goals. 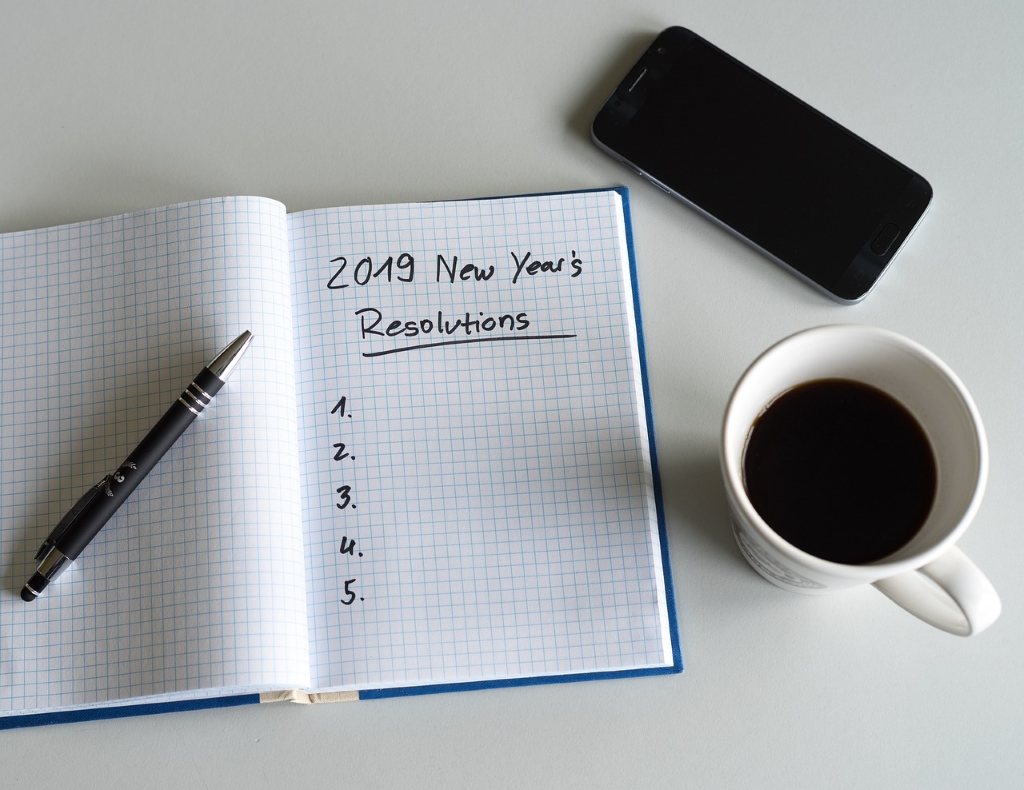 Happy New Year! I hope it’ll be a good one for you all. One way to make that more likely is to ditch those vague New Year’s Resolutions (eg. “exercise more“, which only 8% of people tend to achieve) and replace them with SMART goals.

What are SMART goals, again?

As I mentioned last week in my 2018 goals review, this stands for:

There are a couple of variations on the acronym (you may have learned ‘Realistic’ for example), but they amount to the same thing.

When you set a goal, it should be clear, possible to define success (and progress), yet should also push your abilities and comfort zone. Above all it should be time constrained.

A year is a nice ‘tidy’ unit of time for us to think about making big changes in, but it’s comfortably big enough that we can procrastinate for months without having to do anything, unless we set some SMART goals.

Even when you set SMART goals, people often fail to meet them. They may just lose interest. They may want the result but procrastination gets the better of them, or the goal changes and flexes because they’re not taking a deliberate approach. But there are ways to improve your odds!

According to research from the Dominican University of California, people who write down their goals are 44% more likely to achieve them! That’s huge!! So write them down and leave them somewhere visible, like on a post-it note on your bedroom door, or as the background on your phone. Or both!

Even better is if you also share the goals. You’re 77%(!!) more likely to succeed when you do, versus just thinking about them. Get an accountability buddy (or, “accountabilabuddy”), and share your goals with each other. Then check in every few days to see how you’re both doing. Help each other out.

This is one of the main functions of any type of coach. They hold you accountable to achieve your own goals, while offering the benefit of their professional experience.

What also works here is to publicly share your goals, like on your social media or a blog post. Anywhere that you feel people are paying attention to you and may be interested in your success. So that’s what I’m going to do here.

Sharing some of my 2019 SMART Goals

I’ve several other goals set on lots of topics like how many times I’ll perform comedy, music, burlesque, how often I’ll clean the house, how much I’ll read per week, cook for myself, etc. All SMART goals, but for the sake of brevity I’ll wrap up now.

I just want to add that it’s okay to have longer-term, more ambitious goals whose timeframe is harder to establish (“go to space” is one of mine, and it’s timed only by “before I die”), but for anything short-term, especially business related, you should make more deliberate goals.

There are great techniques around achieving those “moonshot” goals (as Peter Diamandis, the guy who created the X Prize, calls them) too. Maybe that’ll make a good topic for another time.

So, Happy New Year everyone! Hopefully in my 2019 goals review in a year’s time, I can report complete success on those mentioned above.

BONUS TIP: If you’re giving up smoking or something similar, the story you tell yourself matters. “I’m trying to quit” is not a very effective story. Try a new mindset. “I’m not a smoker” works better.

Please share some of your own goals and resolutions below and let’s keep each other accountable!