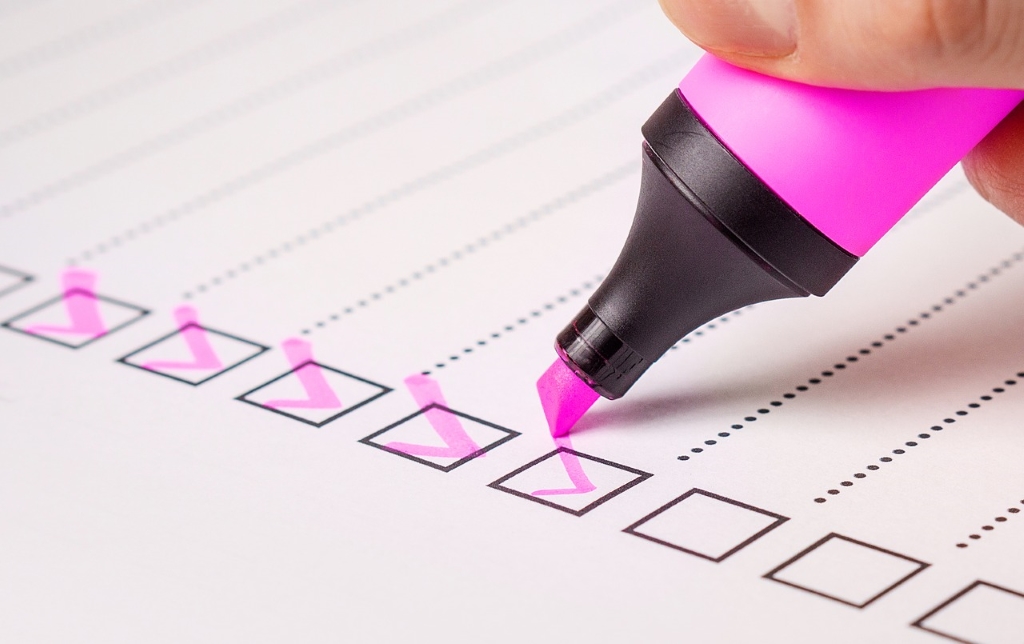 Yes! Christ, yes! Of course To Do Lists are still a good idea! Forgive me for doing a test on a click-bait title, but it gets me fairly directly to the point I want to make today.

Everyone seems to need an edgy opinion now, and a click-bait title, just to get some of that sweet sweet traffic. This became crystal clear recently (obvious as it already was) when I signed up to the blog site Medium and got their daily email of story summaries. I’m seeing blog titles like “Crypto is a fad!” right next to “Why Bitcoin will save the environment!” (I’m paraphrasing), and blogs on getting up at 4am right next to ones about the critical value of getting 8 hours of sleep. [Stay tuned here, as in the coming weeks I’ll be doing an interview with someone specialising in sleep and productivity, and together we’ll be taking a strong stance against the current wave of “struggle porn”.]

How long will it be before we’re back to advocating ruling employees through fear and cheating the customer as “the forgotten best practices to make millions!”? I can almost see it happening. Mark my words.

Apart from maybe the title today, I do prefer the higher-integrity approach of actually trying to teach useful habits. You’d think that the basics wouldn’t need to be covered any more, but an epidemic of careless blog and video topics with misleading titles (like mine today) are actually eroding our knowledge-base when it comes to productivity at work, and conveniently for me, opening up space to talk about the ABC’s again.

To Do Lists under attack

Almost just to be contrary it seems, I’ve seen more and more people advocating for a NOT To Do list. This isn’t a bad idea per se, as it’s good to highlight our time-wasting habits and work to eliminate them, but some “influencers”, in a careless case of Chinese Whispers, I think missed the point when they started saying to create NOT To Do lists at the expense of actual To Do lists. How does that help anyone?! Use both, by all means, but if you’re picking one only, you must have an actual list of tasks to get done. You can’t fumble your way away from what you don’t want to do and somehow arrive at success.

Other suggestions are to write ONLY your Top 5 most important tasks to do the next day (or 6, if you’re talking about the Ivy Lee method – it seems we’ve lost one sixth of our productivity over the last century), and trim everything else off your To Do list! Just don’t have them on there. Again, I think this is crap advice. Have your longer To Do list, and move 5 items to the top, or to a separate daily list, or circle them, or whatever you want! You can figure this part out without a blog.

What am I dancing around?

Okay. For a second, let me stop speaking reactively about what not-not to do, and speak in favour of To Do Lists on their own terms. The fundamentals.

If you have something near you (a phone or notebook) that you can trust to remember things for you, you won’t expend mental energy trying to move short term inspiration or information into medium-to-long term memory. We learn this is as children when the teacher says to “write down your homework”. They won’t allow that you forgot what it was. They know you have a list that you are to refer to when you go home, so that you do the work they’re expecting and arrive back the next day not having had the time to build a tree house, or whatever that algebra was keeping you safe from.

For some influencers to be contradicting this advice is asinine. And you know that they don’t follow what they’re saying! Listen them speak on a panel at a conference and they’ll speak about the tools like Trello and Google Sheets that they use to coordinate their team and “make sure things get done”.

Writing things down, physically or digitally (though handwriting has been shown to be the more effective option for recalling information), has always been, and will always be a good idea. You’ll “remember” flashes of inspiration, birthdays, blog ideas, song lyrics, etc. without any effort, and can “recall” them at will.

I first learned the absolute necessity of To Do lists when I was running stage shows with a crew of around 30 and had to liaise with venues, suppliers, cast, crew, ticket suppliers, and my dad to borrow the van! It’s impossible to run something like that writing down what NOT to do, or even writing just 5 tasks. And once you’re in the habit of writing down the “urgent” task that comes to mind, you can sleep easy knowing that tomorrow it will be handled. Sleeping better of course will also let you do that work more quickly and with less mistakes. Double benefit!

Just as Animal Farm was a book about Communism, and not animals (I did not appreciate this the first time I read it… I was young!) this was a blog about runaway edgy “advice” and not so much To Do lists. Do try out new ideas, but question them, too. Ask the person giving it if they follow this advice, or what they’re basing it on.

I follow this advice. I used to use a .txt file on Dropbox as my To Do lists, as I could access it on my PC or mobile app, but I’ve now switched to Workflowy as it has more functionality that a text file, and also has an easy-to-use mobile app; something I don’t find with Google Sheets.

I also bought a small whiteboard to leave on my door with my absolute most important medium-term tasks on it. I found it helped to have them in my face every day.

This topic goes well with my blog two weeks ago on the need to balance business (and general) advice. Or last week’s blog on how to be more productive by Batching emails and other tasks.

I’d love to hear your thoughts in the comments. Do you’ve any recommended tools or approaches to getting everything done?

PS As an Amazon Associate I earn from qualifying purchases. I’ve linked to a Whiteboard above. It costs you no extra to buy through the link, but I get a small percentage as a referral bonus to support the site.