What can be improved? I’ve named my failures, and shown where I succeeded. Some failures came from (or were narrowly avoided despite) procrastinating on setting dates or appointments. 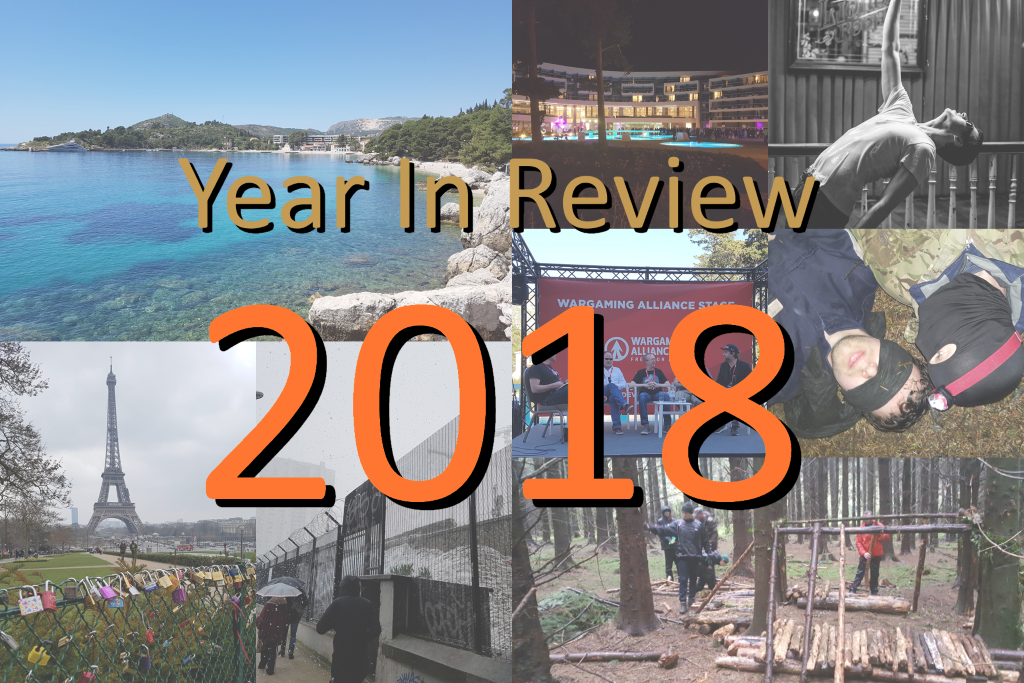 Well, it’s the end of the year. Time for my 2018 Goals Review! This will become an annual tradition on the site, because of…

I believe in setting goals for myself, and if you’re reading this coaching blog, you probably do too. But they’re pointless if you don’t create solid plans to achieve them (SMART goals) and if you don’t measure your success or failure.

One of the key benefits to having a coach is that there’s someone you’re accountable to (aka: an ‘accountabilabuddy’… yeah, fun word). Almost all of us perform better when we feel there’s someone we’d be letting down, than when only we ourselves know about the goal.

For example, when I first started blogging on the RetroNeo Games website in 2015, my first blog post stated that I’d blog every single weekend (silly me, I never put in an ‘until’ date). Because I felt accountable to my publicly stated promise and to my few dozen readers, I did blog every weekend that year, even over the 3 weeks I was away on holidays (I wrote in advance and scheduled the posts). For the two years after that I declared that I’d do one post per month, and I succeeded in that, too.

So, in a few days, I’m going to publicly post some of my 2019 goals, but for today, I want to review my 2018 goal results (which were never publicly posted, as the site didn’t exist yet, though they were measured by me privately) and do a review. These goals were not all specific. Some were aspirational and vague. I had daily, weekly, monthly, yearly, and even lifetime goals. They weren’t really business related either as I was about to start a new employment last January.

Lots of bloggers and journalists currently love to be edgy by writing headlines like “New Year’s Resolutions are useless”, but then proceed to tell you why they’re actually great if you just define your goal in a SMART way (by the way, that means your goal should be Specific, Measurable, Achievable, Relevant, and Timed – there are a couple of alternate versions, but they amount to the same thing).

So, I’m not going to say that. New Year’s Resolutions are great! My own resolution every year is to “100% give up alcohol for January” (checks all the SMART boxes), just to see how I’m feeling about it. If I ever miss it much, I’ll know I might be developing a problem. So far, so good.

But the main thing that’s worth doing is reviewing your SMART goals from last year to appreciate your successes, and recognise your failures, or where you need to get more specific. This then helps you set better goals for the coming year so that you can continue to grow, both personally and professionally, and hopefully make a bigger positive impact on the world.

I’ve been doing this for a few years, but just learned yesterday that my process is very similar to author Tim Ferris’ Post Year Review system.

It’s important as well to measure your progress towards these goals during the year. I do this at the end of each month, personally.

I had other goals around physical and mental exercises, language learning, dating, coaching clients (even while working the games job, which was really just not feasible after commuting times and other goals), reading every day, and practicing lucid dreaming techniques (I was part of Dr. Denholm Aspy’s research group in late 2017, and wanted to keep up the practice, but rarely did).

I had middling success with these goals. Many of those tasks were getting done as others weren’t, and I’d switch focus, and then not be doing the original few.

I do an exercise where each day I write down my 2 favourite things that happened that day. Each week I circle the week’s best 2, and each month, the month’s best 2. Looking back over it, I can see that the things that made me happiest were time spent with friends and family, nights out (especially in rock clubs or concerts), time spent in nature (especially the sunshine), good dates, helping others (those times that I did volunteer, or with my clients), performing music, learning new skills, and accomplishing big tasks or goals. I will strive to do more of these things in 2019, then.

I also try to write down what’s making me unhappy, when I can figure it out. A lot of these things are small and seem silly when you look back (like late buses, or inefficient government departments), but a lot of them had to do with my old employers, which reinforces now my commitment to being self-employed as a coach. More still had to do with rejection (from job applications I wanted, or in dating), or being treated disrespectfully. Respect is very important to me. Unfortunately, you can’t control how other people behave. You can only control how you respond to it. So, apart from stating my expectations and standing my ground where appropriate, I must endeavour not to let the behaviour of others upset me.

It seems wrong though to say “don’t get your hopes up, so you’ll never be disappointed”. But hey, this is life. We do our best. Still learning.

So, where can I improve? I’ve named my failures, and shown where I succeeded. I caused (or narrowly avoided causing despite) procrastinating on setting dates or appointments. I delayed the survival course and stand-up comedy because of fear alone. That’s ironic, because facing the fear is exactly why I wanted to do them in the first place. I’m glad I got them done, but I must be aware of when I’m procrastinating on the bigger, scarier goals.

I definitely made too many small, aspirational goals, without due care to how they’d fit into my timetable. A lot of the time they just couldn’t. I need to set daily and weekly tasks with more consideration for my timetable (I’ve cut out my big commute to Dublin since leaving my last job, so that will help), and assign the bigger goals to segments of the year, rather than rushing to complete most of them in the second half.

I also need to write shorter blogs… though an annual review seems like it ought to be somewhat lengthy, to be fair.

Thanks so much for reading. Do please leave a comment if you got some value out of this.